This video flyover starts at the Coachella Valley Vista Point and then follows the videographer as they drive down the mountain into Palm Desert. State Route 74 (SR 74), part of which forms the Palms to Pines Scenic Byway or Pines to Palms Highway, and the Ortega Highway, is a state highway in the U.S. state of California. It runs from Interstate 5 in San Juan Capistrano in Orange County to the city limits of Palm Desert in Riverside County. Stretching about 111 miles (179 km), it passes through several parks and National Forests between the Pacific coast and the Coachella Valley.

This scenic driving tour climbs from the desert through the Santa Rosa and San Jacinto Mountains, before descending again to the desert. The route passes through a series of areas preserved for animal habitat, ranging from desert oasis to snow-capped mountains, and parts of the Santa Rosa and San Jacinto Mountains National Monument and San Bernardino National Forest. Drivers can pull off the winding and often steep road at a number of pulloffs or lookout points, each with habitat ranging from forested mountainsides with pine, oak and fir, to a reservoir, to arid brush- and cactus-covered stretches — not to mention sweeping views of mountains and valleys.

The Palms to Pines Highway parallels San Jacinto Creek as it winds through the mountains before intersecting SR 243 in Mountain Center and providing access to the Hemet Reservoir. SR 74 follows the Garner Valley Wash through Garner Valley before meeting the eastern terminus of SR 371. The road crosses the Santa Rosa Indian Reservation before going through the communities of Gardenland and Pinyon Pines and turning north along Deep Canyon and becoming the western boundary of the University of California Desert Research Area. 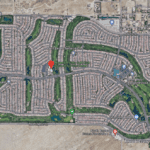 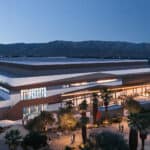 Before you head out to enjoy an event at this new venue, here are tips and … END_OF_DOCUMENT_TOKEN_TO_BE_REPLACED